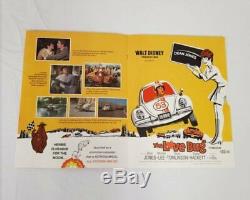 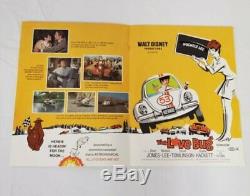 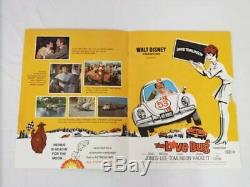 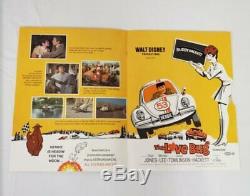 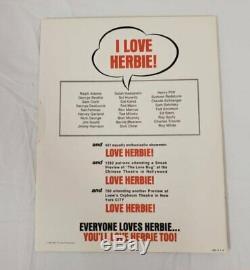 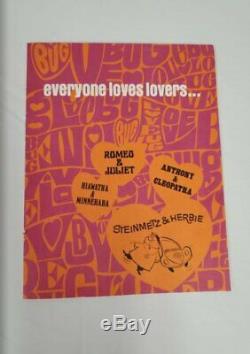 In it were literally thousands of original advertisements and posters from some of the greatest films of all time. We carefully removed each and every one for preservation, and are offering them for sale individually. This is one of those items! This particular piece has a spinning cardstock wheel that can be rotated among Buddy Hackett, Michele Lee, Dean Jones, David Tomlinson, and the cast.

These posters and advertisements were all originally folded and were in superb condition. We usually like to frame almost everything, but the volume in this group is so massive that we thought we'd offer them unframed (although they would look tremendous if they were framed)! Our company has been featured in Sports Illustrated magazine, KDKA Radio Pittsburgh, ESPN Radio Pittsburgh, and in the Pittsburgh Post Gazette.

We were named as the Pittsburgh Magazine 2018 Best of the Burgh Issue as an Editor's Choice Selection for "Best Autograph Repository". Your item will come professionally packed for safe arrival. The item "VINTAGE 1968 The Love Bug Disney 11x17 Spinning Industry Poster Ad Book" is in sale since Thursday, January 16, 2020. This item is in the category "Entertainment Memorabilia\Movie Memorabilia\Ads, Flyers\1960-69".