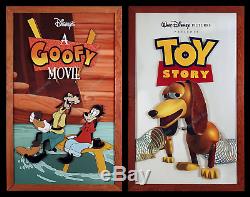 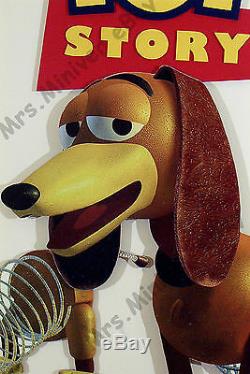 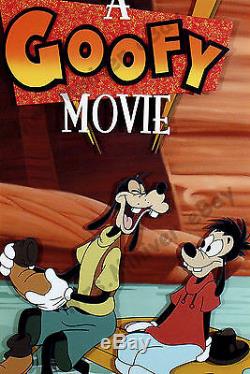 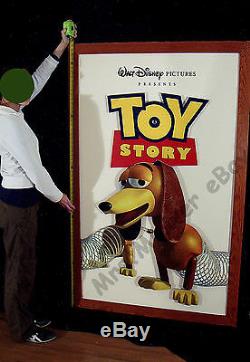 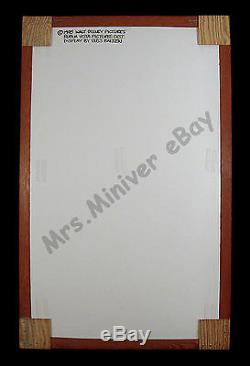 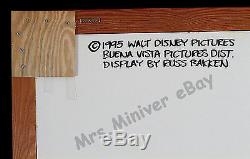 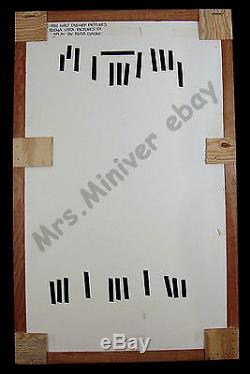 PANIC SALE BELOW COST BLOWOUT. A recent MEDIA fiasco has decimated my poster business. Sales are way down while everyone is finger pointing. In light of the sudden-death armageddon that has presented itself, I've decided to blow this poster OUT with an equally dramatic price drop. I normally would never do this, but since the end is near I feel I have no choice, and so now is your chance to get this 1-of-a-kind set at a tiny dot fraction of what they're worth!

That has effected me will not last forever. Lest we forget that the end was near with Y2K, 911. Ebola, SARS, the hokey pokey, and, the Andromeda Strain! So get this lot now if you can muster the strength or courage. TRULY 1-of-A-Kind ORIGINAL DISNEY ART!

Offered here are TWO (2) GIANT 1-of-a-kind Disney movie poster displays (40.25 inches by 64.25 inches) made exclusively for the Walt Disney World theme park in Orlando Florida. They were made back when these films came out in the early 1990's. These are truly 1-of-a-kind, as they are both handmade by.

RARE 3-D DIMENSIONAL PARK DISPLAY'S. The Goofy Movie display is a 100%. It has an AMAZING high quality vintage Disney look! The Toy Story display is an especially important piece, being it the most unique original poster ever issued on the film. There's no debate that Toy Story is THE most influential and important Disney film released since Snow White! It ushered in a new age of digital computer animation, which has practically taken over the film industry today. It's very interesting that Disney choose not to credit PIXAR on these amazing displays. They probably didn't want to promote that studio at the DISNEY theme park.

If you're a Disney fan or animation aficionado you'll truly appreciate the greatness of these two items. The Goofy is dated on back 1994 and the Toy Story is dated 1995. Unfortunately, the photos I've posted are very low-grade. They were taken decades ago with an old digital camera, and so they're grainy. The displays are package in a crate and are in climate controlled art storage so it's not viable to go through the massive effort to reshoot now.

Nevertheless, I think you can see how nice they are. Please write with any questions. It can crash regardless of any decision you make and can even crash regardless of any decision made by the company related to the stock - Leaving you with a near worthless piece of paper that won't inspire anyone! The magnificence of art and historic documents have an inherent value that relates to civilization and society.

These posters are definitely ECONOMY PROOF! If you're in the market for top quality original vintage movie posters or Star Wars, then please. The item "TOY STORY & A GOOFY MOVIE ORIGINAL ARTDisney World Park MOVIE POSTER Displays" is in sale since Thursday, March 26, 2020. This item is in the category "Entertainment Memorabilia\Movie Memorabilia\Posters\Originals-United States\1990-99".