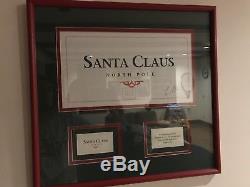 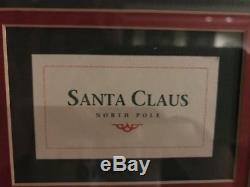 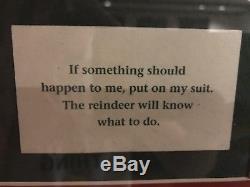 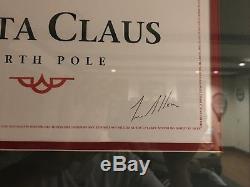 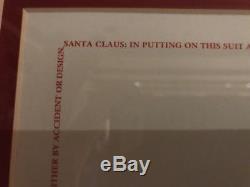 Used in the 1994 Disney film The Santa Clause. Props used by the star of the film, Tim Allen. 3.5" x 2" business card props. One prop card for each side shown on screen.

Front card reads "Santa Claus North Pole". Back card reads If something should happen to me, put on my suit. The reindeer will know what to do. 13.5" x 7.5" prop card used for a close-up shot in the film features red letters on each edge.

19" x 1" x 18. The item "The Santa Clause Disney Official Movie Prop Screen Used Cards Tim Allen Auto" is in sale since Monday, December 04, 2017. This item is in the category "Entertainment Memorabilia\Movie Memorabilia\Props\Originals". The seller is "mrteenwolf44" and is located in Rock Island, Illinois. This item can be shipped to United States.