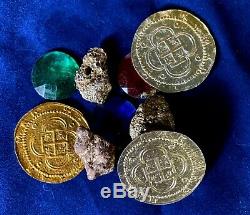 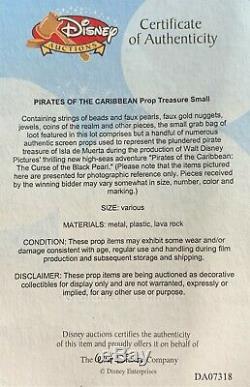 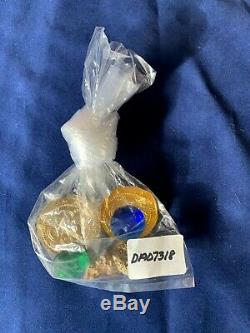 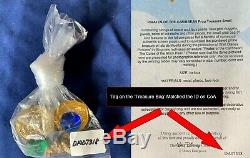 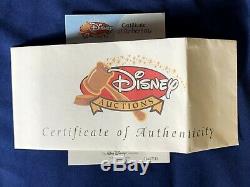 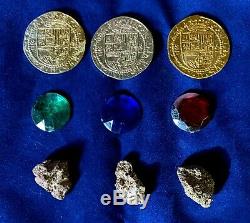 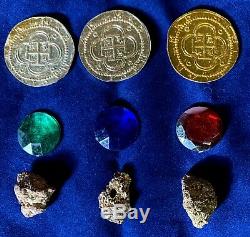 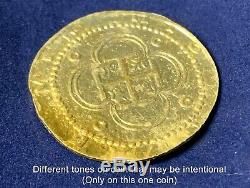 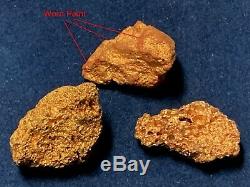 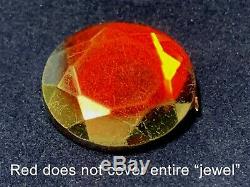 Piratesof the Caribbean Movie Production Used Treasure Lot with Disney Certificate ofAuthenticity (Rare). This auctionis for nine (9) rare production used items from the filming of Disneys Piratesof the Caribbean: The Curse of the Black Pearl, the first movie of the series(the coins can be found elsewhere, but the gold and jewels are hard to find). This lotwas originally called: Pirates of the Caribbean Prop Treasure Small by DisneyAuctions and contains nine items (Larger batches were auctioned off as well). The items were used in filming to represent theplundered pirate treasure on Isla de Muerta in the movie (see screen-grab from movie). Three (3) coins, made of tin or similar light-weight metal.

Each has different coloring and tone, making each unique. One coin has two different tones to it. This may have been intentional or from wear, but it does not deter from its beauty. Hree (3) gold nuggets, made of painted lava rock one of the lava rocks has a few spots where the gold paint has worn off during production. Not noticeable except under close inspection and does not deter from its appearance. Three (3) jewels, made of plastic the red jewel has imperfections in its coloring which appear to have occurred during manufacturing. Some areas that should be red are silver, but it can be placed in a display in a manner that this does not show. CoA was not folded in any way. The certificateof authenticity does state that they may show some wear and tear from on-setuse as is the case with the items I called out. Ipurchased the lot in 2003 and they have remained in original packaging eversince. This is abeautiful collection and a must-have for any fan of the PoC movies, Johnny Deppor Disney in general.

As such, I would never want to disappoint afellow fan by delivering something that does not match the auctiondescription. I have called out whatcould be viewed as imperfections and provided photos of each. With thatsaid, I feel the following conditions are fair for me to ask of you.

Noteabout the provenance of this lot. Props, memorabilia and experiences at theirtheme parks where auctioned off on a regular basis. They also did a nicejob of marking the package the item was wrapped in i. A bag with the IDfrom the actual certificate of authenticity. The item "Pirates of the Caribbean Production Used Treasure Lot with Disney CoA (Rare)" is in sale since Sunday, February 9, 2020.

This item is in the category "Entertainment Memorabilia\Movie Memorabilia\Props\Originals". The seller is "pop_culture_fan" and is located in Warren, Rhode Island. This item can be shipped to United States.