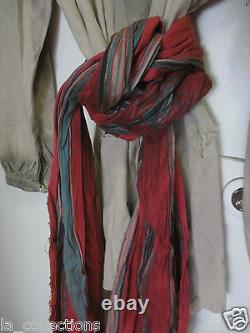 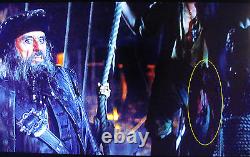 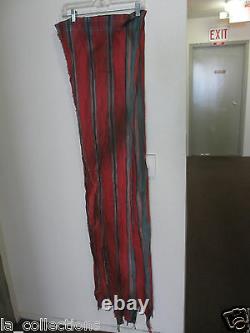 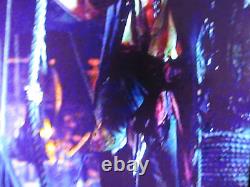 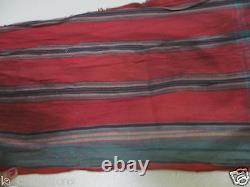 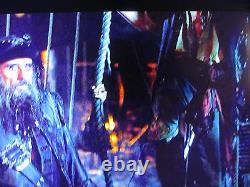 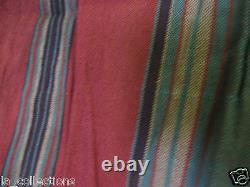 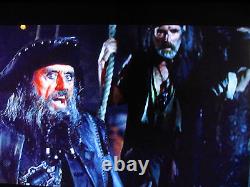 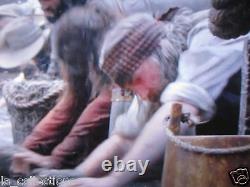 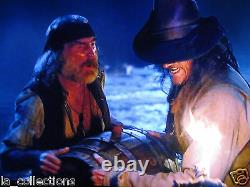 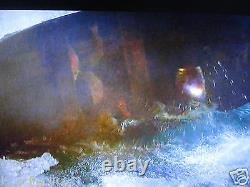 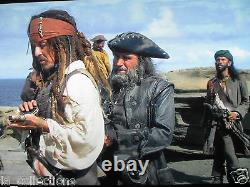 Most minor characters in a film this big with lots of action get about 3-5 copies of their outfits. As the story progresses, the clothing is altered to match the action which causes their garments to become worn or soiled. The others are saved in case they need to go back to earlier action when the wardrobe is less worn or durited for a reshoot. Great for cosplay or display as a collectable. Super Cool to wear on Talk Like A Pirate Day.

Authentic Disney Costume Department Wardrobe Piece Get the real deal. A piece of Disney History. Any wear is a natural part of the costume design. Comes with LA Collections store COA to guarantee its authenticity. SEE ALL MY OTHER "SCREEN WORN" JEWELRY, BELTS, CLOTHING up for Sale in my "Other Items" link at the top of this page.

Often but not always is the character name written inside of the clothing, or belt for identification by wardrobe department. Other times when the clothing may be removed by an actor in a scene the clothing is not marked inside the wardrobe in order to avoid it showing up on screen.

It really depends on the designer for the production. Sometimes none of the wardrobe is labeled on the actual piece of clothing and they are labeled with a large paper tag when stored before given to the actor to wear for that day's filming. It is also customary for costume designers to write the character's name on the item instead of the actor's name unless it is an extra actor who does not have a character name in the script and then the extra actor's name is written on the item in case there are multiple days the actor needs to wear the same item.

Also if there are several episodes the character is wearing the same outfit, many of the same pieces of clothing will be used i. 5 pairs of the same jeans or shirt. This is so the actor is wearing clean clothes or in case an accident happens that damages clothing there is a spare pair for them to wear.

In the case of TRUE BLOOD, blood is often used in many scenes so several of the same clothing item are used. Some items used for non-bloody part of the scene and the same item worn for when blood come in contact with the actor. For one blood scene the actor may wear 2 to 6 pairs of the same jeans, so you may see multiple items listed when this is the case.

Some of my items has minor fake blood stains. When that is the case, it will be listed in the item description. All Items from a Smoke-Free, Pet Free, Clean Store!!! PAYMENTS : Pay Pal only please. Pay quicker to receive your item quicker!!!

Like any Retail Store or Sales these types of costs are passed onto the customer. I try to be as fair as possible. All items packed with care!! The item "PIRATES OF CARIBBEAN PURSER'S SASH Screen Production Used Worn Prop DISNEY" is in sale since Sunday, October 25, 2020.

This item is in the category "Entertainment Memorabilia\Movie Memorabilia\Wardrobe\Originals". The seller is "la_collections" and is located in Los Angeles, California.