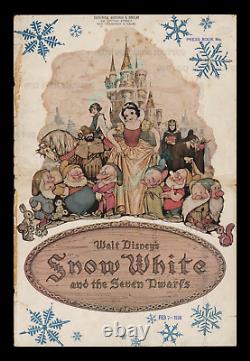 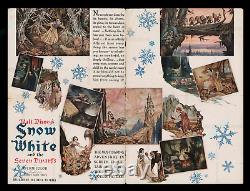 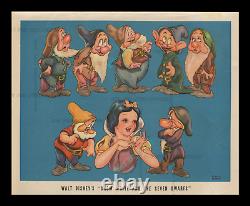 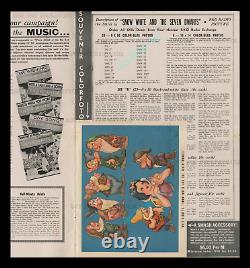 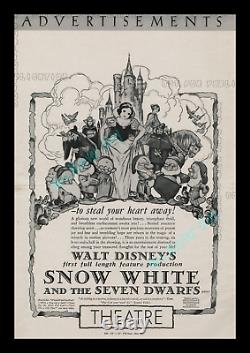 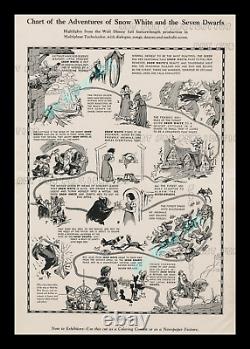 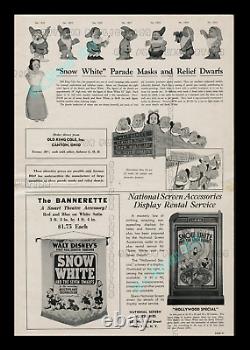 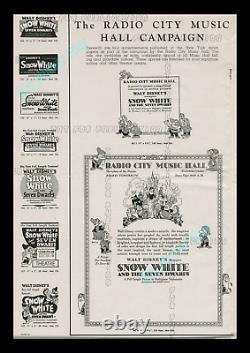 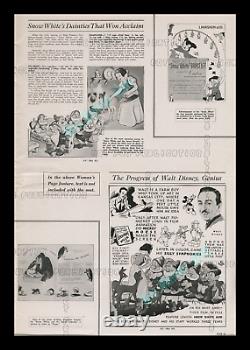 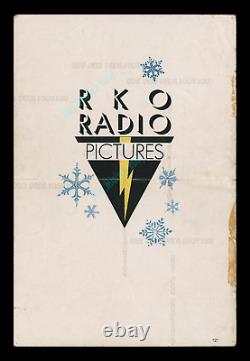 The marketing efforts to merchandise the film set the standard for all subsequent releases for all movie studios and for all time! The only film to rival its success, in nearly a century of releases, is George Lucas' Star Wars.

Ironically, both films are now owned by the same studio. This original Campaign Book (or Press Book) is the earliest version known to exist. It measures a large 12x18 inches! The interior content of the book shows just how advanced Disney was at pre-marketing the film and related products. It's a fascinating read!

There are only a few of these Campaign Books that have surfaced in the past four decades in the collector's marketplaces and this is the earliest - WITH the full-color cover! They all were not released in color.

You can see from the stamp in on the front cover, it's the rare 1st printing, as the film opened February 4th 1938 and the book was stamped on the 7th. It has the glorious color wraparound. The book's cover is separated at the middle and has other defects but is still more than a nice piece for any collection.

RESOLUTION SCANS OF THE ACTUAL BOOK. So you can see every detail, and so you can see how nice this really is! The interior pages are terrific condition with no cuts. It has 24 different pages and the color wrap-around , and, the color 8x10 Herald. It appears to be missing the first 10 pages.

I've priced it accordingly. The cover has the same artwork that's used on the One-Sheet movie poster issued for this original release. NOTE I've added the "NOT FOR PUBLICATION" and the Mrs. Campaign Book is ECONOMY PROOF! It can crash regardless of any decision you make and can even crash regardless of any decision made by the company related to the stock - Leaving you with a near worthless piece of paper that won't inspire anyone!

The magnificence of art and historic documents have an inherent value that relates to civilization and society. This Campaign Book is definitely ECONOMY PROOF! Please write with any questions. If you are in the market for top quality original vintage movie posters or Star Wars, then please. This item is in the category "Collectibles\Disneyana\Vintage (Pre-1968)\Paper".miniver" and is located in this country: US. This item can be shipped worldwide.